Living in a warm and dry climate under the burning heat of the sun, with its arid deserts, has created such a strong impression in the minds of Persians that the desert is seen the place of monsters while the lush Iranian garden has always been considered a paradise.

Herodotus wrote that Anahita, the goddess of water, is holy to Iranians. She makes water flow to nurture crops and herds, and since water is pure, it should not be contaminated.

Some of the important characteristics of Persian garden from an architectural perspective are:

The water evaporating in the sunlight in the pool or fountain creates humidity in the dry air of the Iranian plateau, and the trees also retain moisture in the enclosed garden. Therefore, this climate contrasts with the outside world and is pleasantly comfortable, making it easier to breathe and withstand the summer heat.

One of the notable visual features of Persian garden is the soft harmony of azure, turquoise, and green. After seeing the warm colours of the desert, these cold colours evoke an image of water visually and convey a sense of peace as one enters the space. In general, it can be said that the colour range in Persian gardens is very limited, unlike Iranian architecture, which has a high colour variation.

This special significance has also featured considerably in literature and art. As Sohrab Sepehri says [1]:

What refreshing water!
What a spring river!”

The exhibition being held in the ceramic section of “Villa Pecori Giraldi Museum” at “Borgo San Lorenzo” is based on the same idea. It has been prepared to allow people to become acquainted with Iranian culture, showing the special respect for the water inspires among them, with the aesthetic input of Tannaz Lahiji.

Bearing in mind the architectural surroundings, the artist has sought to display and recreate the stylized space of a Persian garden, using elements such as glazed tiles with azure (Persian blue) and turquoise; the trickling sound of a fountain; and trees that generously embrace the gardens resonate with the freshness and sound of the wind in space.

Wooden slabs in the above-mentioned colours, covered with transparent resin, which are carefully designed and meticulously prepared and arranged together, transmit the same feeling as real tiles to the visitors. A pure and new sense which may be reflected in the eyes of the audiences. Steps are initially taken hesitatingly on the tiles and then are attracted to the centre of the garden by the sound of water. A genuine childish curiosity that culminates in seeing goldfish in the fountain, inducing a desire for coolness, as in the peak of a desert day’s heat.

The application of transparent resin in architecture today is increasingly common, due to its high resistance to brittleness and scratching. The choice of this material by the artist stems from the fact that real tiles are fragile and delicate. Tannaz Lahiji says the use of new materials and their integration with traditional methods will lead to greater longevity and strengthen the weaker points while preserving the quality of the product. Thus we have a combination of contemporary art with the art of ancient civilisations, involving not only Iranian culture, but also that of the Romans, Greeks and Egyptians, who used baked clay (terracotta).

The exhibition is open from 19 May to 14 June in the museum to the public. It may be extended if the museum director so decides. 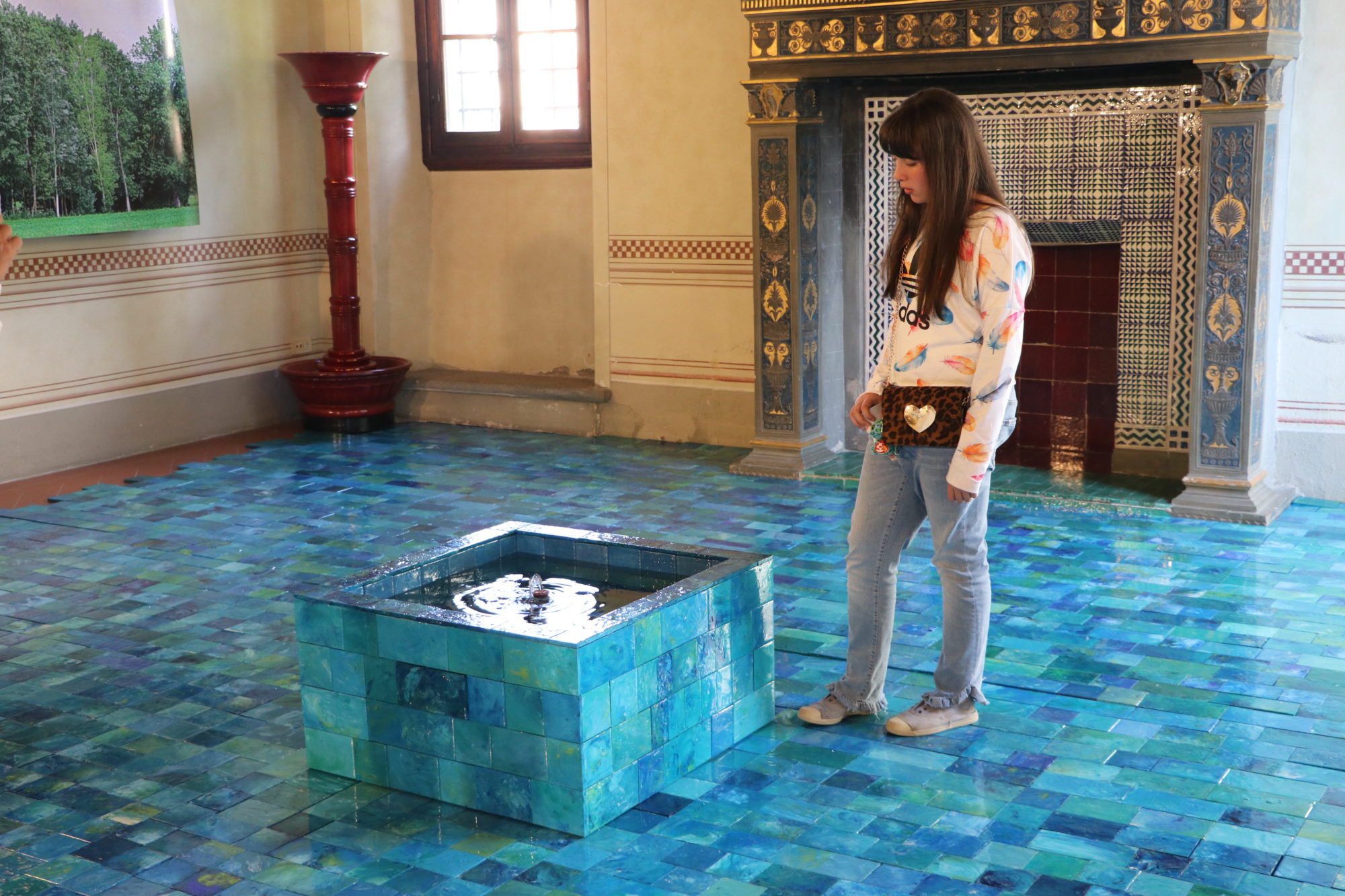 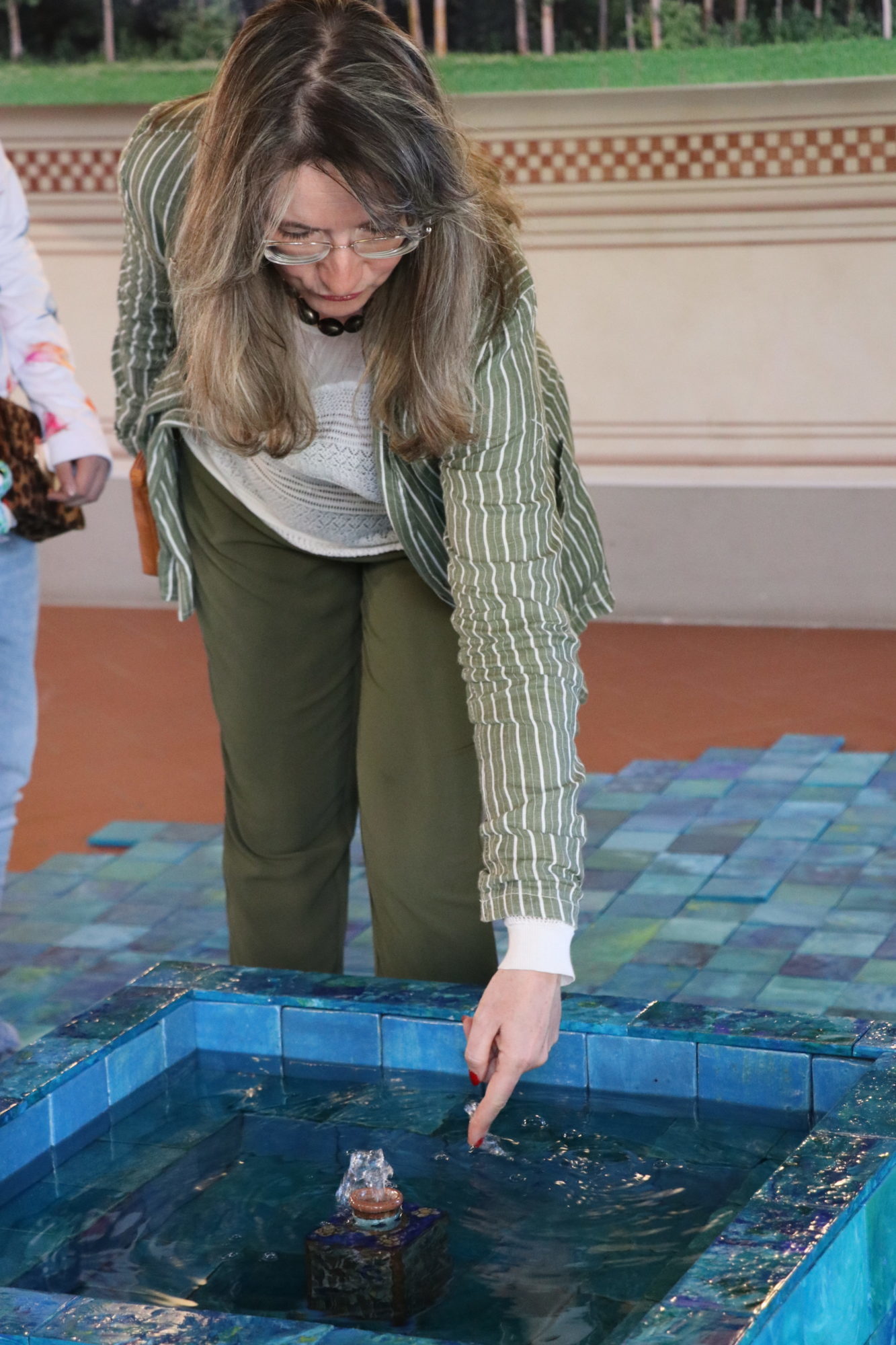 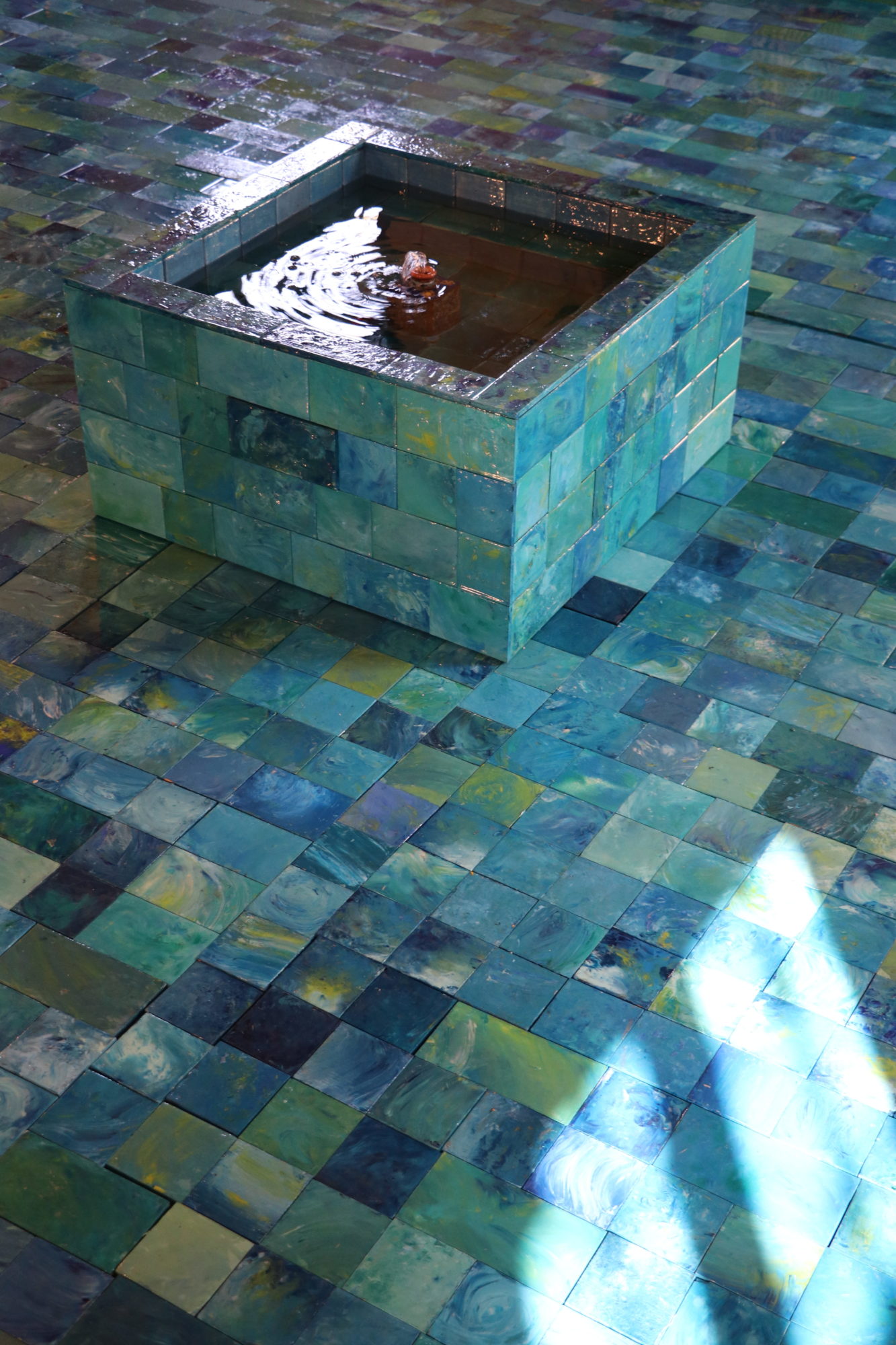 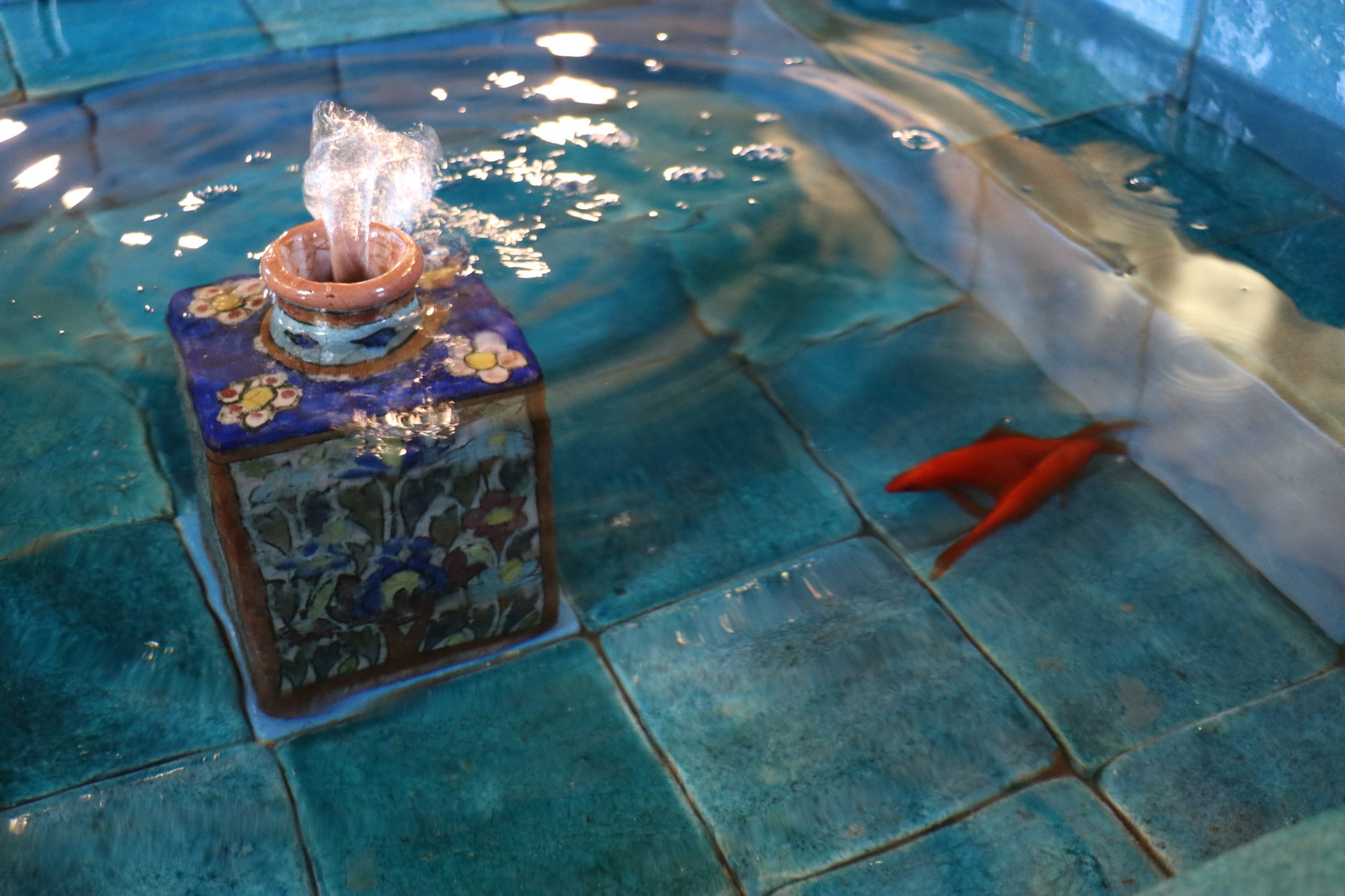 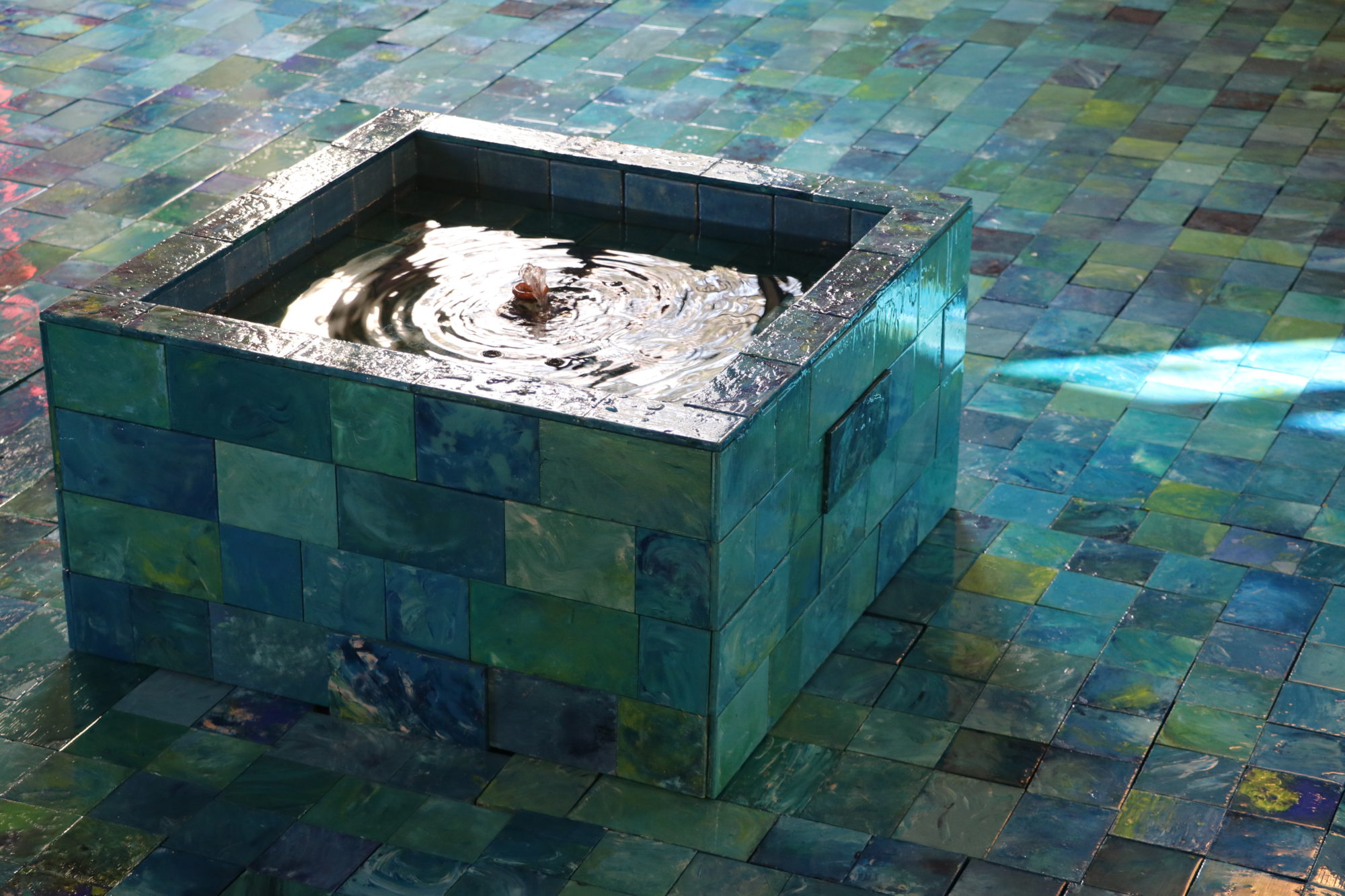 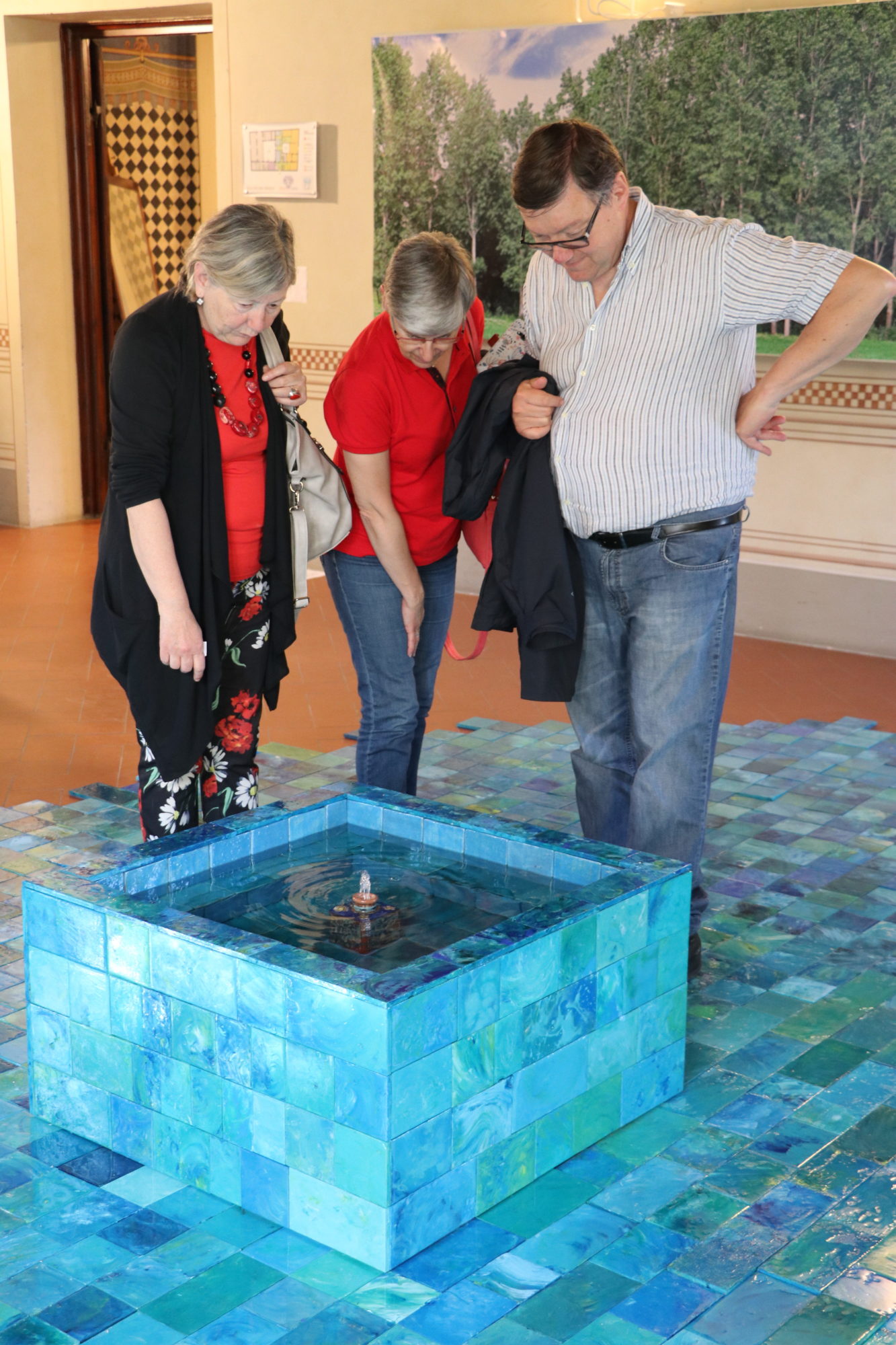 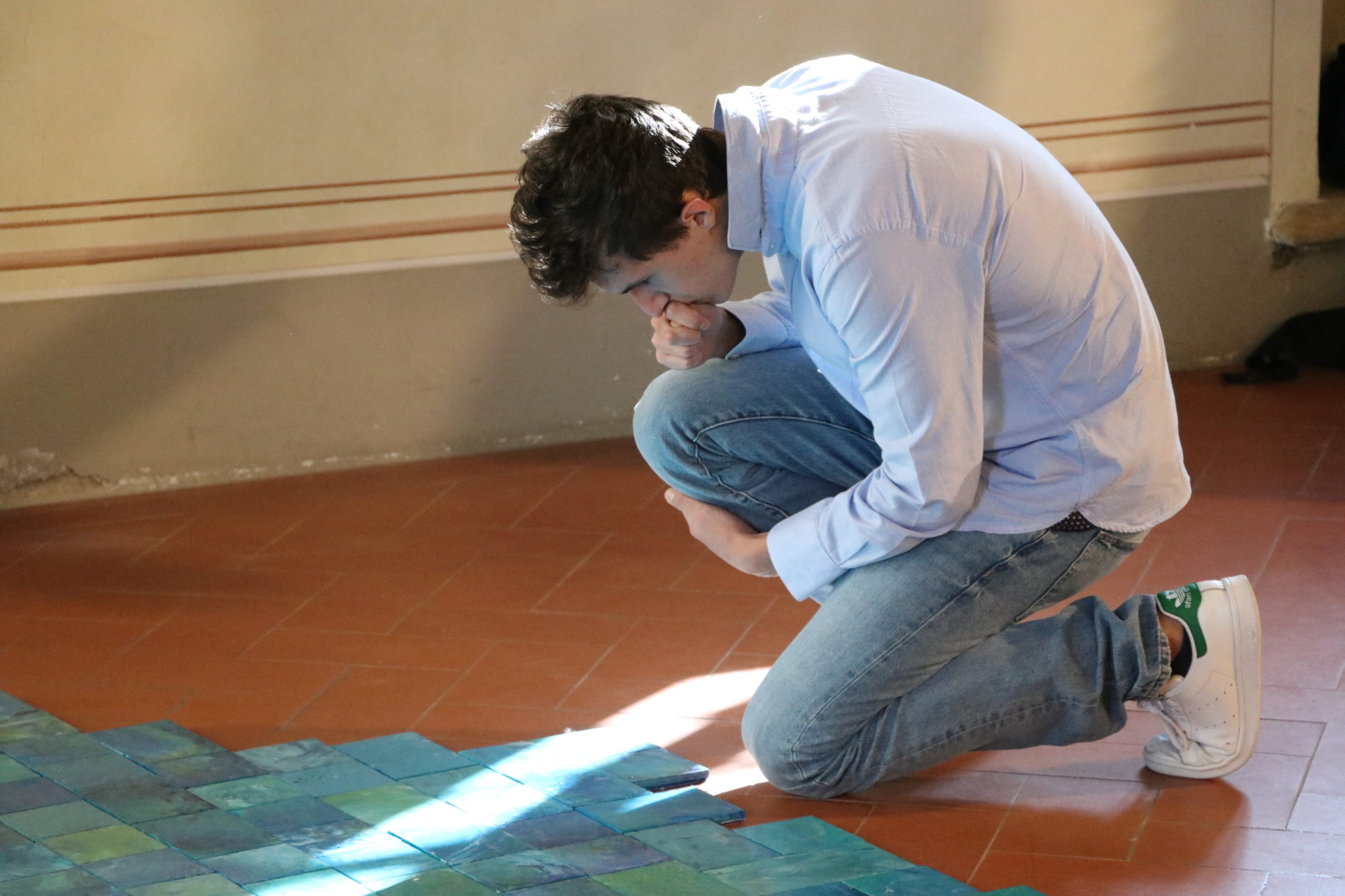 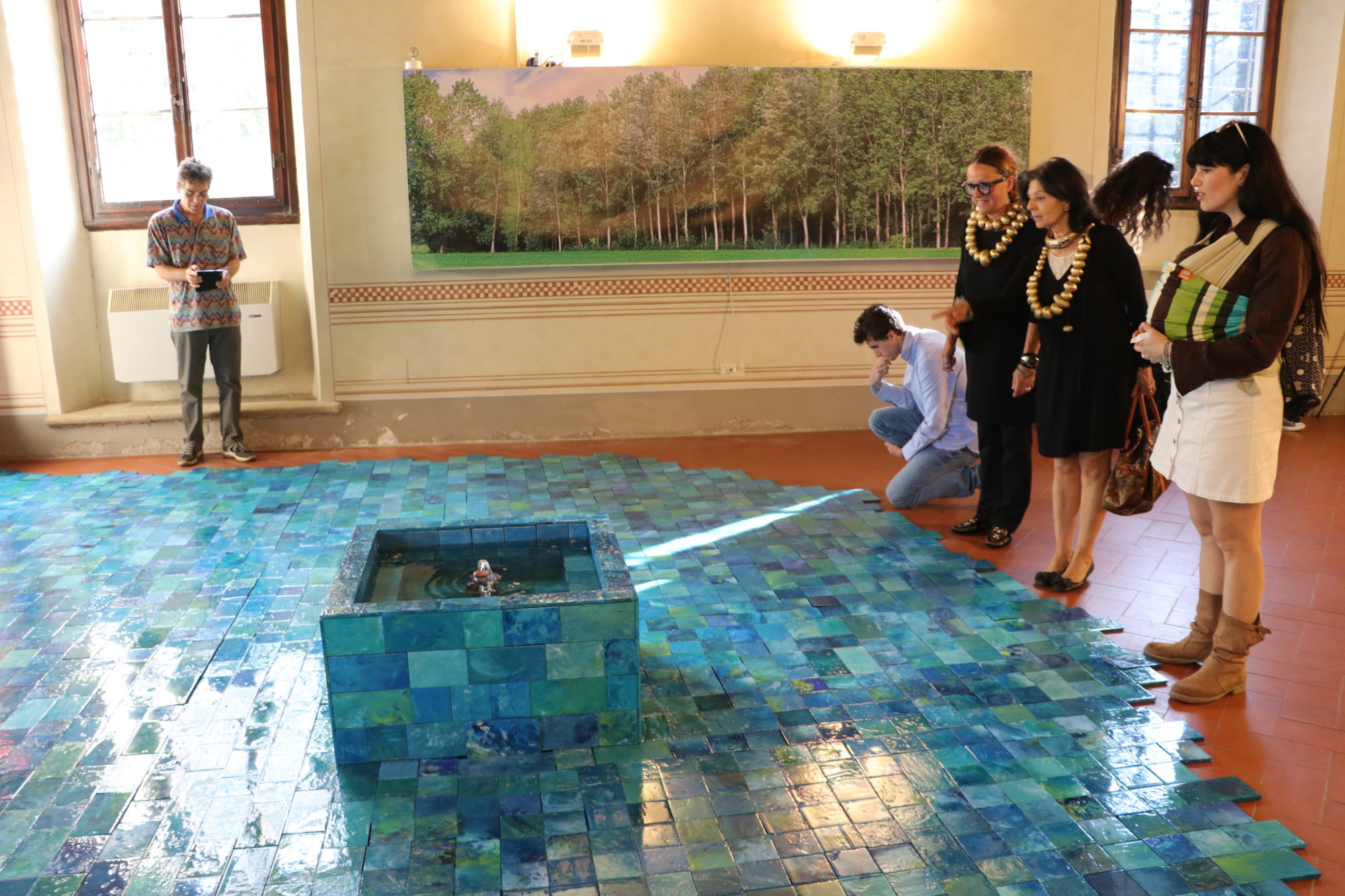 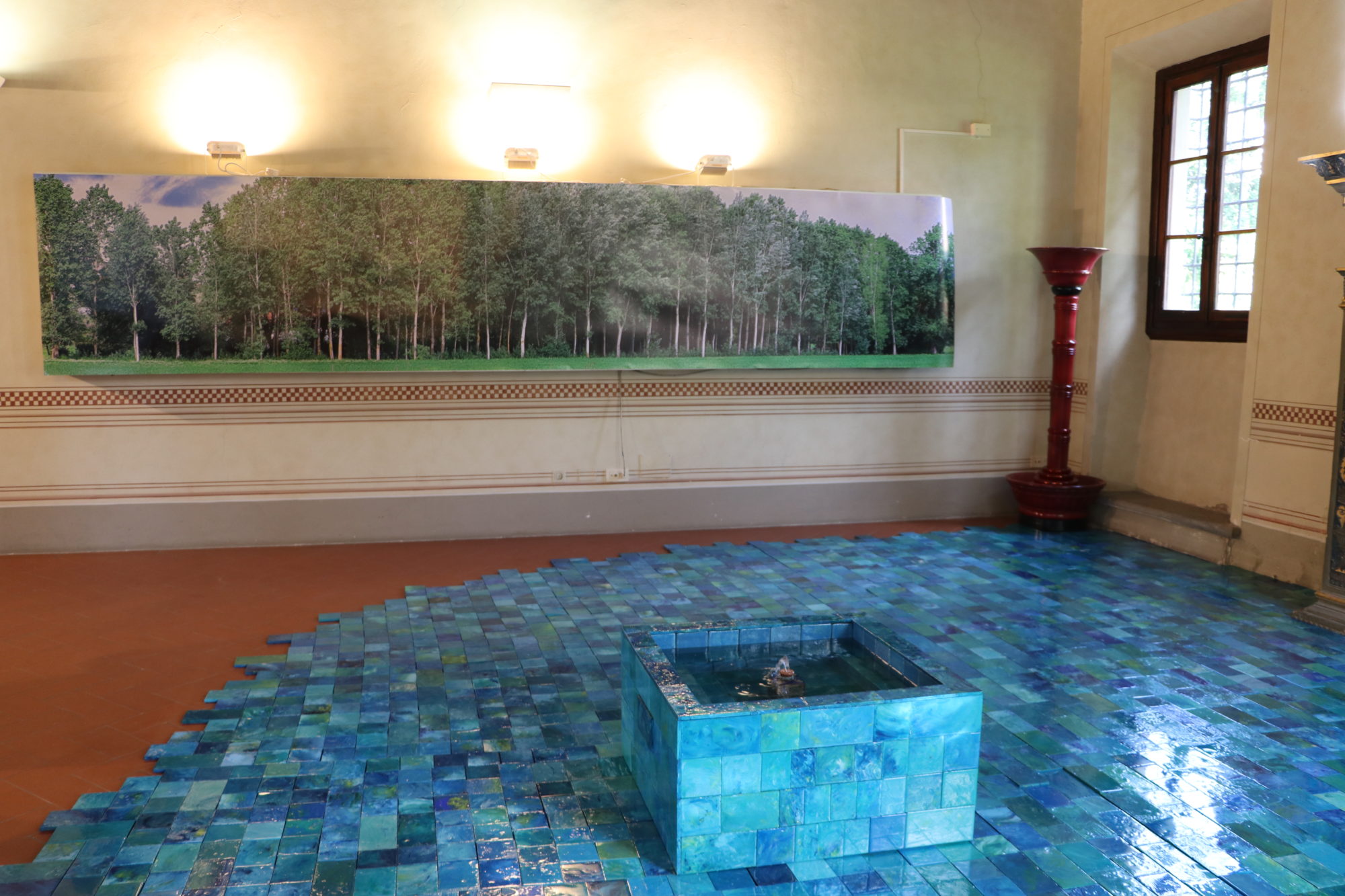 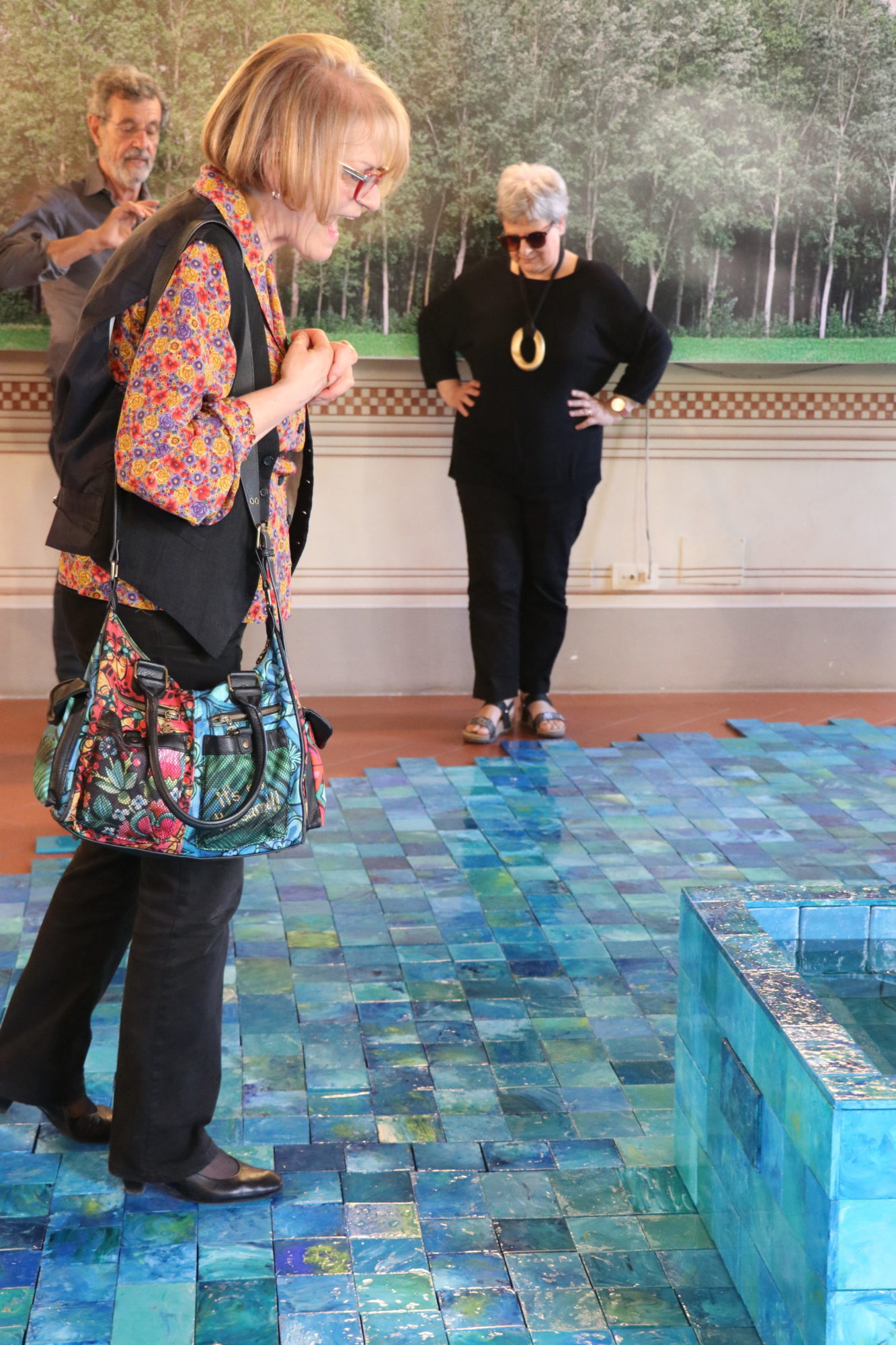 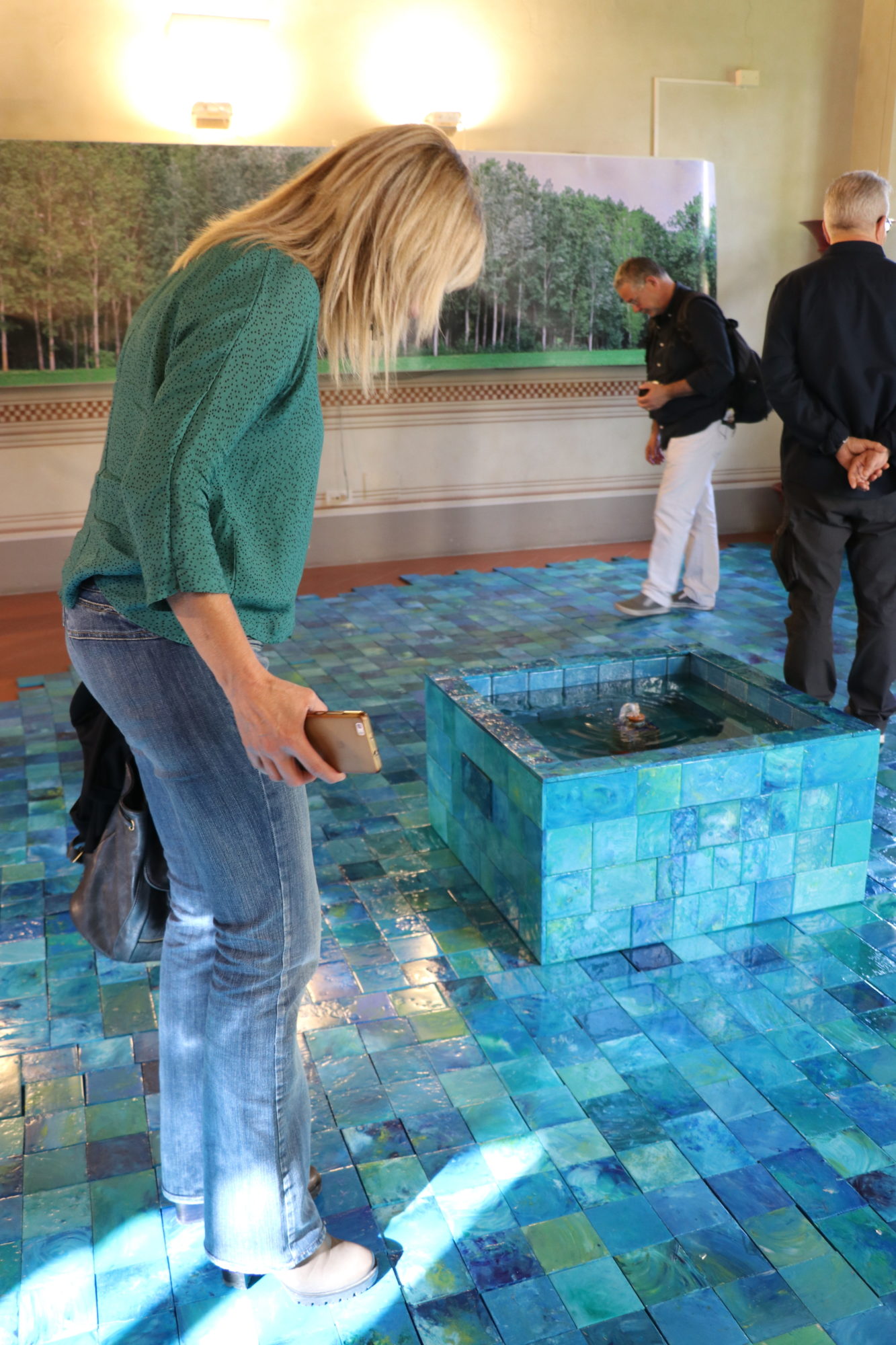 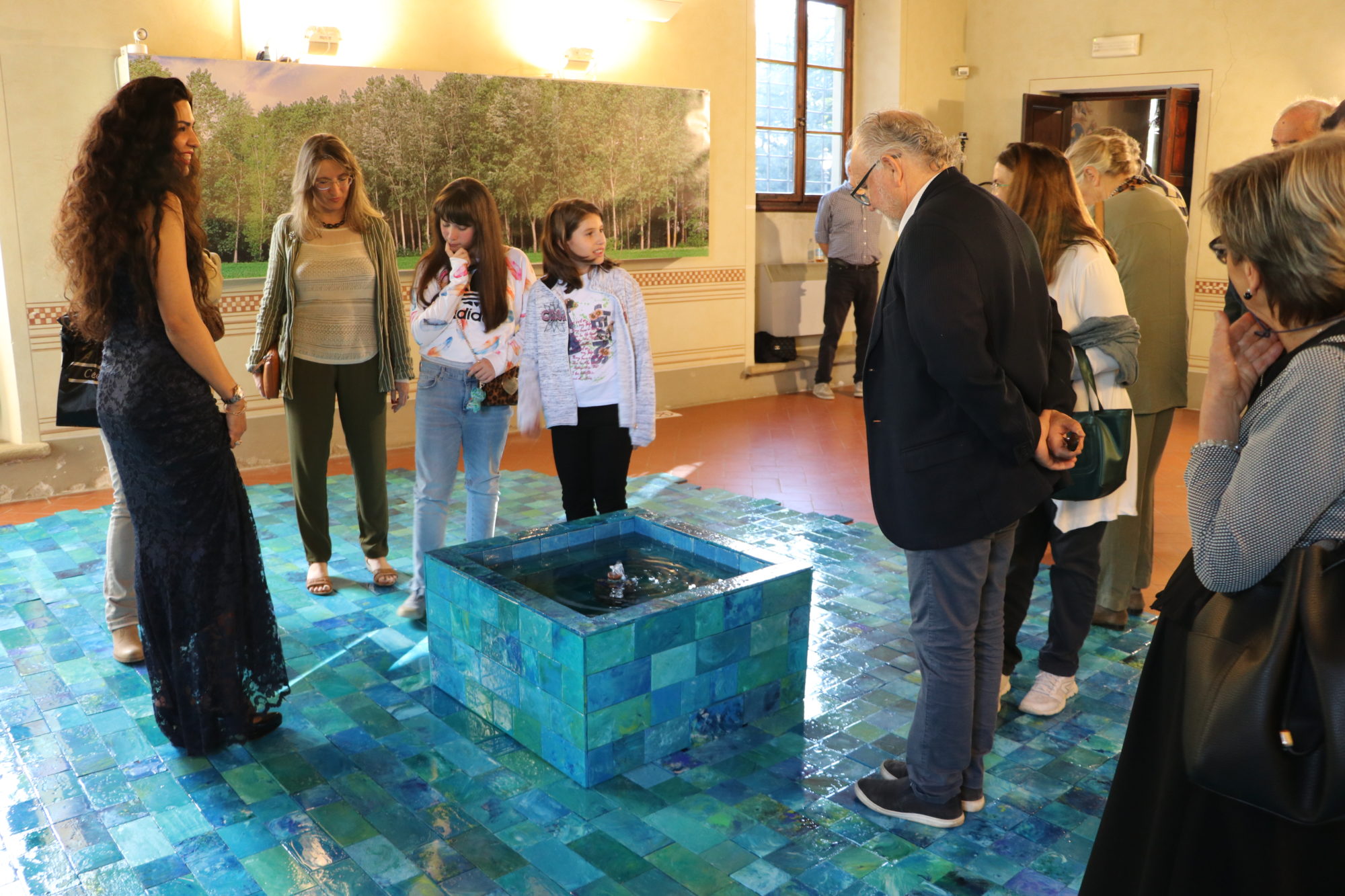 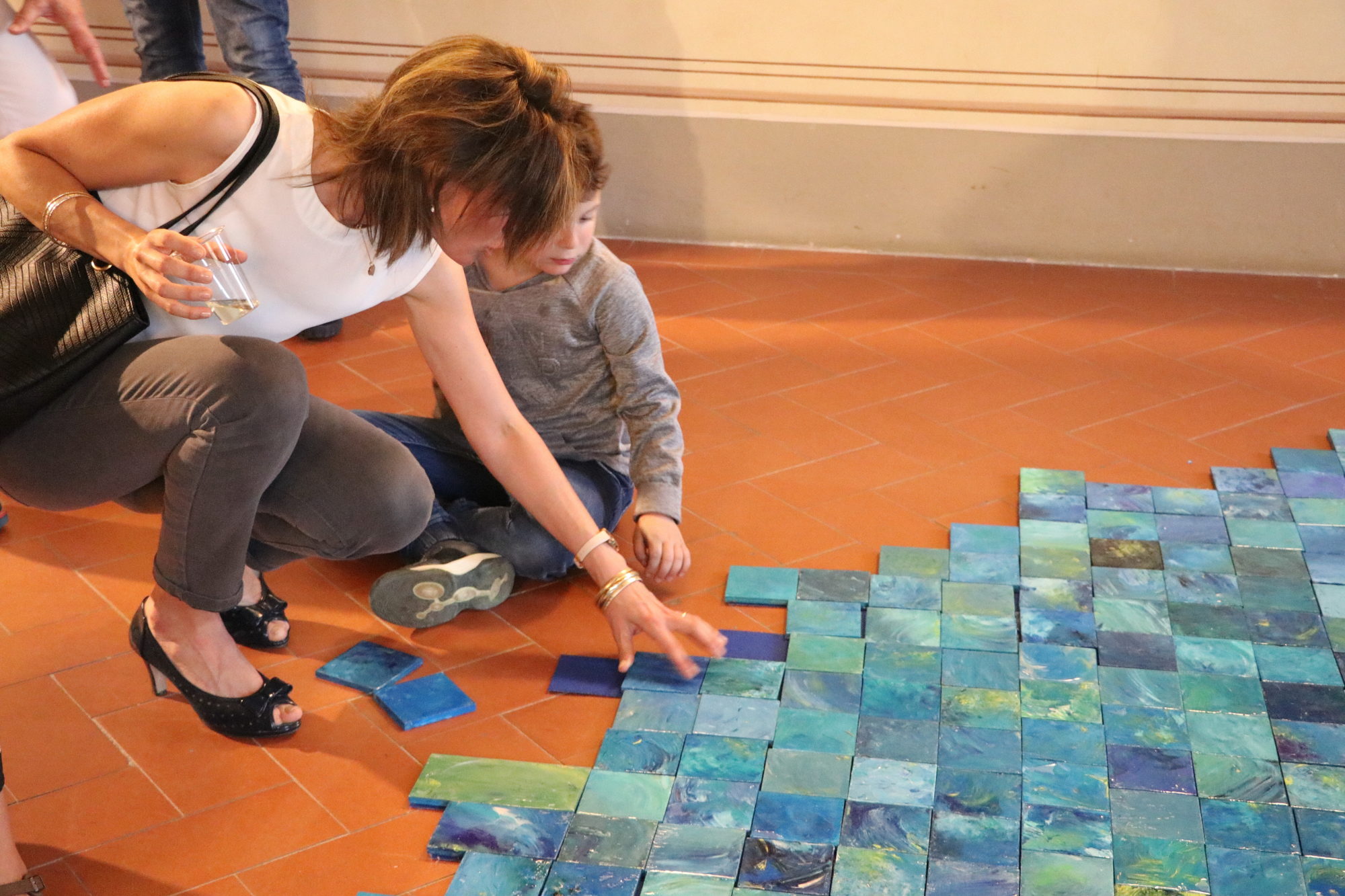 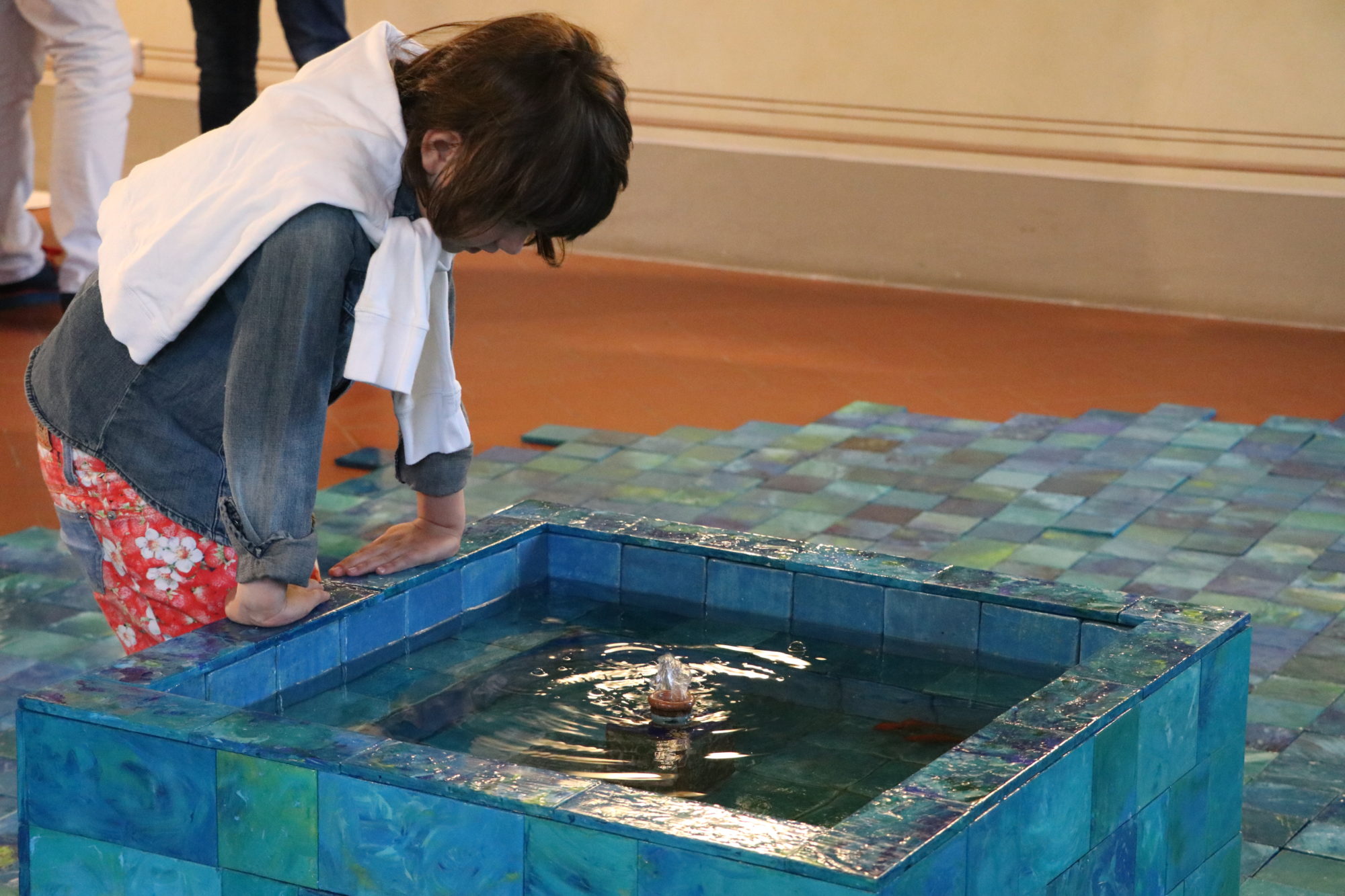